This tag is associated with 3 posts

Released in late 2013, the cloud-based, zero-install Dimension has take the network security market by storm. By helping customers around the world (including Synerzip, Kiosko, Carol Morgan and Oasis Technologies) turn oceans of network data into real-time security intelligence, WatchGuard is bringing big data visibility to network security, without the associated cost or complexity. (You can read the entire press release here.) 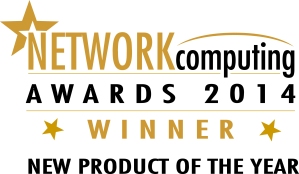 In addition to the Network Computing Awards, and on the heals of Alex Thurber, WatchGuard’s vice president of sales, recently being named one of CRN’s 50 Most Influential Channel Chiefs, WatchGuard was also awarded a 5-Star Rating in CRN‘s 2014 Partner Program Guide.

The rating recognizes an elite subset of companies that offer solution providers the best partner elements in the channel programs. To determine the 5-Star recipients, CRN’s research team assessed each vendor’s application based on investment in program offerings, partner profitability, partner training, education and support, marketing programs and resources, sales support and communication.

The guide will be featured on CRN.com and will be highlighted in the April issue of CRN. To read more, click here.

How Does an Agile Software Dev Company Use UTM?

Check out the mini-graphic below to learn more. 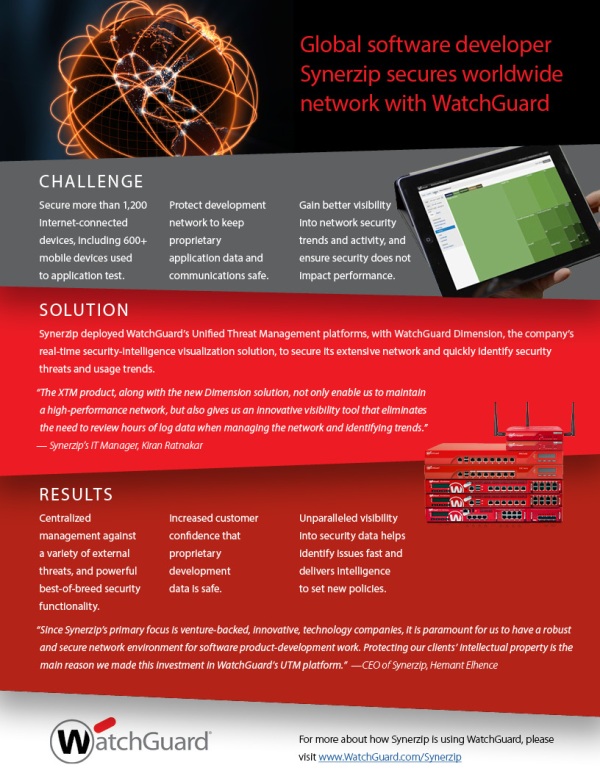 Introducing the future of security intelligence

Being able to assess incoming threats in real time, export reports that inform key decision makers and analyze network usage as it ebbs and flows is a vital tool for fighting the threats, vulnerabilities and attacks that businesses around the world face. In network security, visibility is protection.

Unfortunately, a recent survey by the SANS Institute shows that only 10 percent of respondents felt confident analyzing large data sets for security trends, even though 77 percent are collecting logs and monitoring data from various systems and security devices.

And, this lack of visibility gets worse. In a recent survey conducted by WatchGuard and Slashdot of security professionals, WatchGuard found that:

To date, security professionals have had to rely on log data and perhaps some basic geomaps (or use complex and costly SIEM solutions). At times, those logs can feel like drowning in a sea of data.

But, all of this is about to change.

Today, WatchGuard announces the availability of WatchGuard Dimension – free with the new WatchGuard OS 11.8 and standard on any new XTM appliance.

Analyze ALL THE DATA 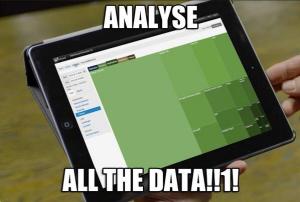 Get instant visibility to top-line security issues. Instantly grasp activity by top user, site or app. Home in on risk sources. Now you’re armed with actionable insight, delivered in a unified view. Here are the key features of WatchGuard Dimension:

Executive Dashboard: Provides a high-level view of the various data streams being monitored. With just a click, users can drill all the way down to individual log data, as needed. 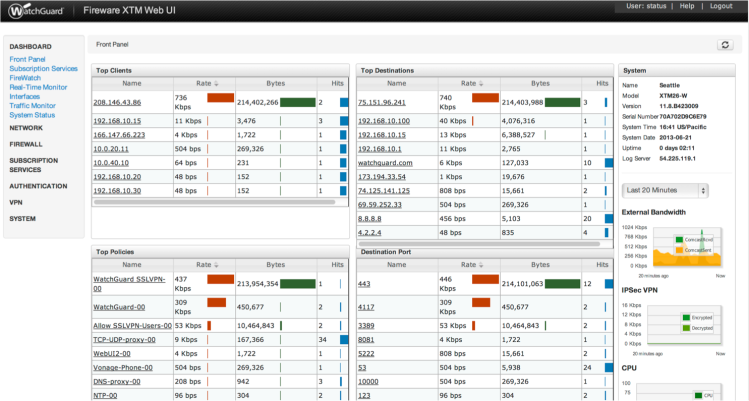 Executive Reporting: With the Executive Reporting function, users can choose from more than 70 comprehensive reports, with both summary and detail options tailored for C-level executives, IT directors, compliance officers and small business owners. Summary report options include specific HIPAA and PCI compliance reports, plus the ability to pre-schedule reports for delivery to key stakeholders in a user’s organizations. These reports can be exported to sharable PDFs. 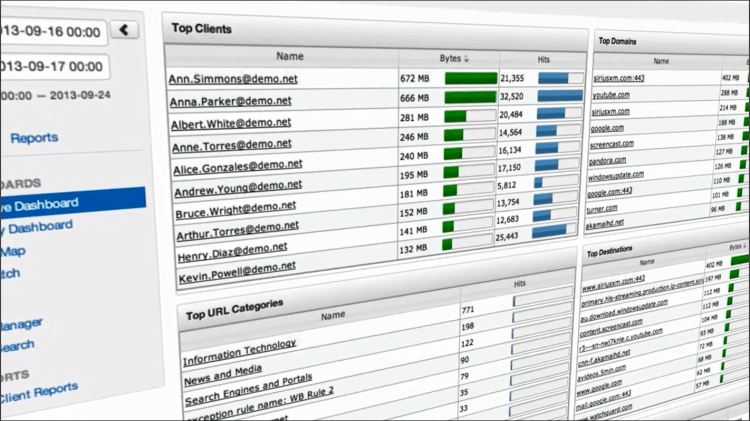 Hierarchical TreeMap:WatchGuard Dimension’s TreeMap, called FireWatch, filters traffic in a way that instantly brings your eye to the most critical information on active users and connections, as well as who and what is using the most bandwidth. The TreeMap view also provides options to pivot, drill-down and filter.

Global ThreatMap: ThreatMap features multiple, interactive configurable views on a world map, making it possible to have real time views of threats per region. That information is critical to helping users identify and fine-tune defenses against those attacks.

Building a product like this is not just something we do lightly. We know there will be some adjustments to the new user interface. The survey data we mentioned earlier highlights the difficulty of utilizing raw data logs to quickly assess a threat or analyze data consumption to make assertive policy decisions.

WatchGuard Dimension is now available with WatchGuard’s 11.8 launch of its XTM security platform solution. But there’s more in the release too. We have added Data Loss Prevention to the platform and updated the Web user interface to make it responsive and compatible with mobile devices.

Ready to try it out? For complete Dimension information and features, please click here.